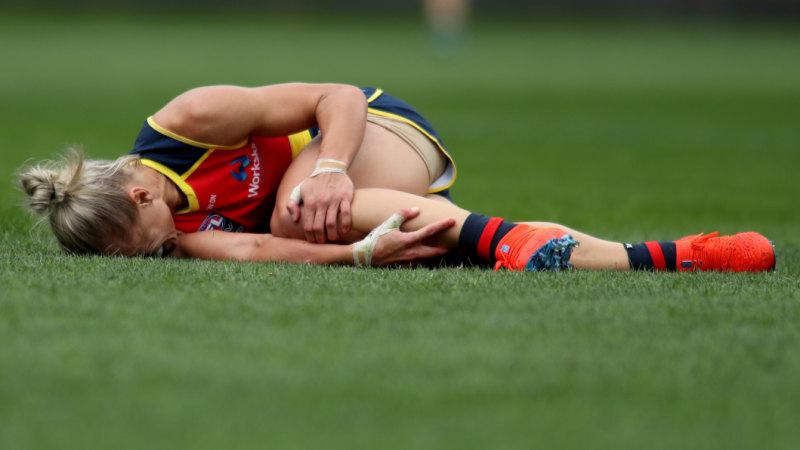 What exactly is an ACL injury?

An Anterior Cruciate Ligament (ACL) injury is one of the most commonly seen injuries in sport.

The ACL extends from the lateral (outer) femoral condyle to the crest of the anterior medial (front and middle) aspect of the tibia. It helps to stabilise the knee joint through passive restraint. There are varying degrees of ACL injuries (tears, ruptures and sprains) that occur, many of which can be treated with non-surgical methods.

Why is there a current focus on women injuring their ACL’s in sport?

Why are women more likely to do an ACL?

Research currently shows that women playing various sports around the world are more susceptible to ACL injuries than men due to physiological factors such as body structure and hormones, however, more recent research shows that a large contributor to ACL injury, removing the uncontrollable physiological differences between the sexes, is the difference in the movement patterns women exhibit in sport.

One school of thought around why women in AFL have such a heightened chance of ACL injury, explains that because competitive AFL for women is relatively new, women are unlikely to have had the same amount of coaching, support and expert training through their lives, teaching them how to move (e.g. jump, land, twist etc) in safe, sustainable ways. We see this as a positive, as it means we can train athletes in how to move correctly to avoid doing such injuries in the future.

When do ACL injuries occur?

While many might think that ACL’s are often injured in contact sports, it is actually more often than not that the injuries occur away from body contact. These non-contact ACL injuries generally occur in sports where sudden deceleration, landing and pivoting manoeuvres are repeatedly performed. Literature suggests that decreased knee flexion angle + increased quadriceps muscle force + posterior ground reaction force (causing an increased knee extension moment) place increased stress on the ACL.  Movement of the knee towards the midline (valgus), particularly under the conditions described, is also associated with an ACL injury.

There is research to show the benefit of integrating functional movement screenings (FMS) with ACL rehabilitation. An FMS is a screening tool designed to identify compensatory movement patterns that are indicative of increased injury risk and inefficient movement that causes reduced performance. They assess not only areas of risk (e.g. the knee) but the whole body because our muscles don’t operate in isolation, and an impaired movement in one part of the body often affects other areas.

As we explore below – we see that the functional movement approach can help to reduce ACL injury risk by avoiding the mechanism which causes this injury. If we can learn to move better to prevent injury, why wouldn’t we?!

So, how can I prevent an ACL injury or re-occurrence?

When assessing injury risk, it is important to not just look at a joint in isolation but to see how it integrates with the rest of the body during common movement patterns for the athlete. These patterns may include jumping, landing, lunging, bending, balancing, twisting and squatting. The knee joint is involved with all of the movements mentioned and, therefore, will be affected in some way if a poor pattern of movement exists. Any weakness in the chain that can influence these movements may place a person at a higher risk of injury.

Faulty mechanics during dynamic movement that cause excessive valgus force at the knee increases the risk of injury. Faulty mechanics may be the result of lateral movement of the trunk, unequal loading of the limbs and lack of control to avoid excessive knee valgus. The faulty movement patterns are best recognised in a fatigued state however may also be identified in a standard dynamic assessment.

At Physio Smart, we perform dynamic assessments across a broad range of movements, which are selected based on their relevance to the client/athlete. Faulty movement patterns may be the result of muscle weakness, reduced flexibility, poor motor control, reduced stability and other factors which are investigated during the assessment.

Importantly, faulty movement patterns are modifiable and should be addressed in an injury prevention program. Prevention programs include various forms of exercise such as strength training, neuromuscular training and plyometrics, all of which can be taught and undertaken at home.

Our goal is to provide individualised injury prevention programs for athletes who want to reduce their risk of ACL injury or help prevent them from reoccurring. We believe not one size fits all, and a generic program simply doesn’t provide enough detail for the differences among individuals.